What’s Up With Meat? Let’s Find Out 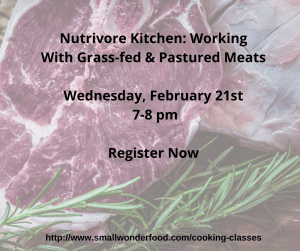 I would argue that knowing what your meat eats is the most important investigation you can make into your food quality.  It will also have the greatest impact on your health.  It all comes down to a simple equation:  Input = Output

The FACT that Input = Output is the first lesson I teach in group nutrition classes.  For too long, Americans have been under the same mass delusion that the inputs into our food don’t matter as long as we get a tasty and cheap product.   We have somehow bought into a system where the cheapest, most toxic, and nutrient deficient ingredients are used to make our food.  For the meat industry, this has meant an insane system where animals are not fed their natural diets, often never see sunlight, and live miserable existences.  They are fed GMOs and “waste” products like chicken feathers, old candy, and antibiotics for weight gain.  It’s a farming model that is built on mass production at any cost.

Turns out that not only is it a system that is cruel, but one that produces an inferior, in fact, a dangerous, product.  The differences between pastured/grass-fed meats and conventional ones are life-changing ones nutritionally.  Factory farmed meat has a completely different fat profile.  Let’s look at the example of beef.  Grass-fed meat is not only leaner overall, but it has an Omega 6:3 fatty acid profile that falls right in line with what our body requires.  Imagine that.  Conventional beef has much more Omega 6 and much less Omega 3.  The standard American Diet has been estimated to have an Omega 6:3 ratio as high as 25:1 or even 35:1.  Turns out the human body requires a ratio of about 3:1.  The dietary fat crisis (a state of emergency really) is a prime driver behind chronic disease.

The omega fat ratio is not the whole story, however.  Quality animal protein is a nutrient dense powerhouse.  Animal protein is the sole source or most significant source of:

On February 21st, I will be showing the differences in look and taste between conventional and pastured/grass-fed pork, beef, chicken, and eggs.  You will be able to see and taste for yourself.  We will talk about the differences in cooking quality animal proteins.  I will also be answering all of the questions below.  Join me Wednesday, February 21st at 7 pm at the International Center to cook and learn. 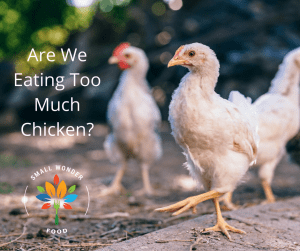 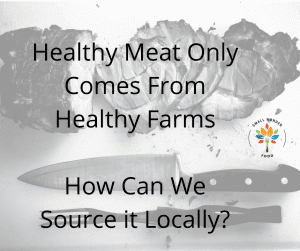 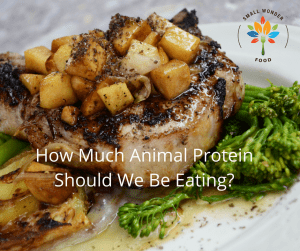 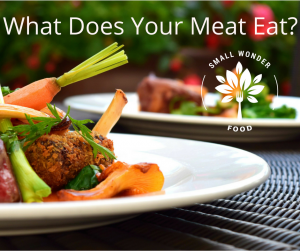